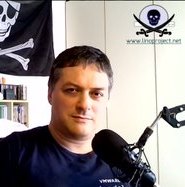 Communities are an important part of the IT world today. Being an active member can boost your career and help you to grow your skills. How could you benefit from the communities? How to choose the right ones and how to bring value? Does it worth spending time on getting certified?

On May 19th Yusuf Ozturk will talk with Lino Telera and gather his secrets on how to leverage IT communities to build a successful career and become an influencer. Do not miss a chance to learn from a personal experience.

1. What does it mean to work in IT

4. The last stage: become an influencer

Lino is an IT Pro from Italy with 20 years of experience in the IT field. He became a computing enthusiast when he was 11. In 2001 seriously started his IT career as a software developer.
In 2012 he earned the first VMware certification (VCP4), in 2015 joined a VMware Users Group Italy. After his first VMworld in 2016, Lino also joined the Tech Field Day community and started his journey to becoming an influencer and an active VMware {code} member.

In his blog, Lino diving into topics like Cloud Infrastructures and Cloud-Native Application (delivering particular attention for the infrastructure automation).

Yusuf has started his career in IT 15 years ago. He has hands-on experience in system engineering. During his career, he gained a deep knowledge of Web Servers, Virtualization, Microsoft Exchange, PowerShell, and Cloud Infrastructure. Yusuf has been awarded multiple times as an MVP.

Now he is building monitoring and reporting for Hyper-V, VMware, Microsoft IIS, and SQL Server.